Chai4ever's Pre-Purim Carnival was bursting at the seams with fun and excitement! Inflatables and moon shoes kept our children flying high, while Chai4ever volunteers made their spirits soar with lively singing and dancing! Games and treats of all types made sure no one was bored.

“Adar can be a time of despair and isolation for families who can’t embrace the joyous spirit of Purim,” explained Rabbi Shmuel Zaks, Executive Vice President and Founder of Chai4ever. “Our goal during this time was not only to relieve our children and families' pain, but more info

PENNSYLVANIA – When children are facing parental illness, a little rain is not much of an obstacle.

Bad weather certainly did not stop more than 750 children and their parents from having the time of their lives when Chai4ever took them to Hershey Park on October 1 for a Chol Hamoed Sukkot outing.

“They really thought of everything,” said Esther, mother of five from Long Island. “From transportation to a fleishig, kid-friendly meal in the sukkah, to t-shirts and a concert, my kids felt like a million bucks. It really made them feel like someone understands and cares about what they are going through.”

She also said, “They handled things in a very private way so nobody else knew why we were there. The kids haven’t told anybody about their father’s illness and my teenagers saw their friends and were happy to be part of the in-crowd that gets to go to Hershey. Then, when we had lunch together with other kids in the same situation, it validated them and made them feel it was okay to be having fun.”

Families from Jewish communities all over the mid-Atlantic area (Baltimore, Lakewood, Monsey, Five Towns, Passaic and Brooklyn) and even one visiting family from Israel enjoyed the rides, games, activities, and, of course, chocolate at Hershey Park, sharing support and comradery at the group lunch and at a Simchas Bais Hashoeva that capped off the day with a concert by rising Jewish music stars Mendy J and Yossi Indig.

“The park closed at 7 and our concert was still going on at 7:45. Mendy J didn’t want to leave the stage and the boys didn’t want to stop dancing – even in the middle of the rain.” said Sam Zaks, executive vice president and founder.

“Nothing gave me a greater feeling than seeing a family who I wasn’t even sure a year ago would stay together under the stress of the father’s illness. The kids were dancing up on stage and the parents were grinning from ear to ear. Their joy was palpable.”

Chai4ever has become the premier address for families undergoing the crisis of a parent with such catastrophic illnesses as cancer, heart and lung disease, and stroke victims. With the goal of mitigating the long-term damage to the family, Chai4ever’s comprehensive year-round services include housekeeping aid, homework help, crisis and bereavement counseling, transportation, Big Brothers/Big Sisters, meal preparation and delivery, insurance advocacy and navigation, family retreats and recreational events, holiday assistance and collaboration with schools.
Nancy Novak, a Passaic, NJ, special education teacher and mother of five, said when she was first diagnosed with Stage 4 metastatic breast cancer nine years ago, her children were little and they chose not to tell them. “There was no organization like Chai4ever and we got through it with community support. When we learned I was sick again, a little over a year ago, our children were older and we needed to tell them. Chai4ever has been an amazing resource in every way. It make us feel like we are not alone, someone knows exactly what we are going through and anticipates our every need. It actually makes my kids feel special – that there is an organization devoted to kids like them.”
Her daughter, Rena, 17, concurs, “I couldn’t believe it. One day, when I was having a really bad day, I came home from finals and Chai4ever sent wraps from Delancey (a local kosher deli), which is my favorite food, and it totally put me in a much better mood.”
Mrs. Novack elaborates, “Having cancer is expensive and puts tremendous financial constraints on a family. Things like food from restaurants and amusement parks are luxuries just when your kids need some TLC the most. But it doesn’t stop there; they also help with reducing medical expenses and practical support.”
Esther said Chai4ever stepped in almost as soon as her husband’s illness was diagnosed this summer, “They were there right away at the hospital with food and kept calling us to ask what they can do. Our family normally goes on vacation the week between camp and school. Obviously, that wasn’t going to happen this year, so Chai4ever stepped in with baseball tickets for the boys and a volunteer to take the girls on whatever outing they wanted. It kept them occupied while we were running back and forth to doctors. We are trying to keep a positive attitude for the children and Chai4ever definitely helps us keep their morale up, along with our own.”
In an excerpt from a thank you poem, Rochel, whose husband is recovering from a serious illness, wrote:
… A few weeks ago we started a conversation
About how to spend our chol hamoed vacation
The kids started to fuss
And Hershey Park they did discuss
But to everyone’s dismay
I had to say:
“The expense is too great, the cost is too high
It is not an amount that I can justify
Let’s come up with a plan that won’t break the bank
One that is fun and also can rank”
Then came an email at close to midnight
I shrieked so loud from sheer delight
“You are invited to Hershey to spend the day
If you are interested call without delay”
The kids were sleeping, all awoke to this dream
Chai4ever reads minds it does seem… 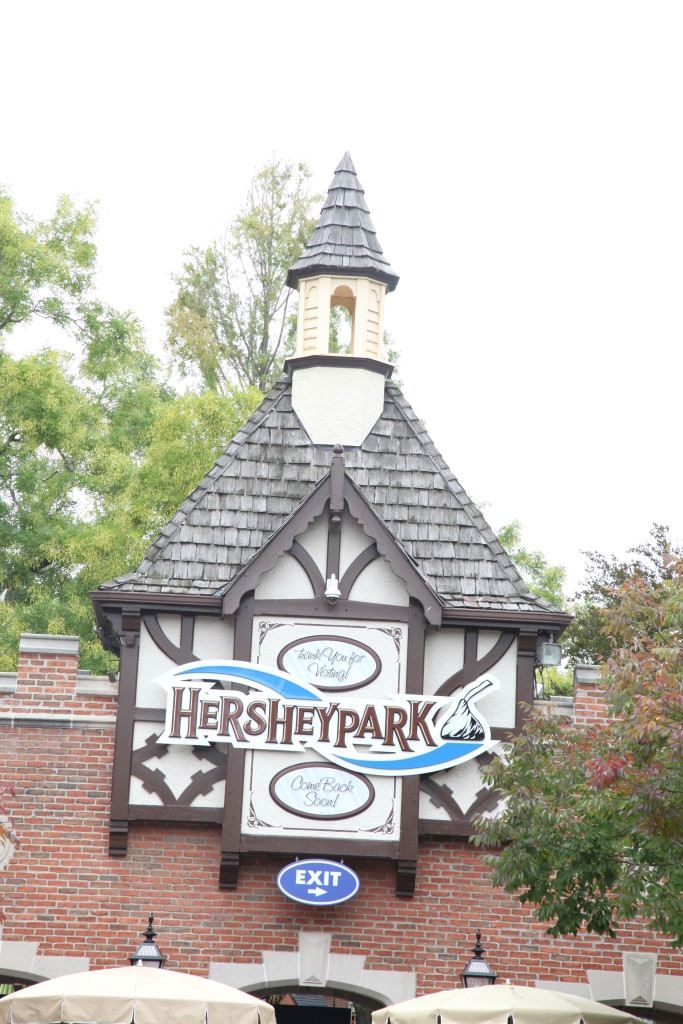 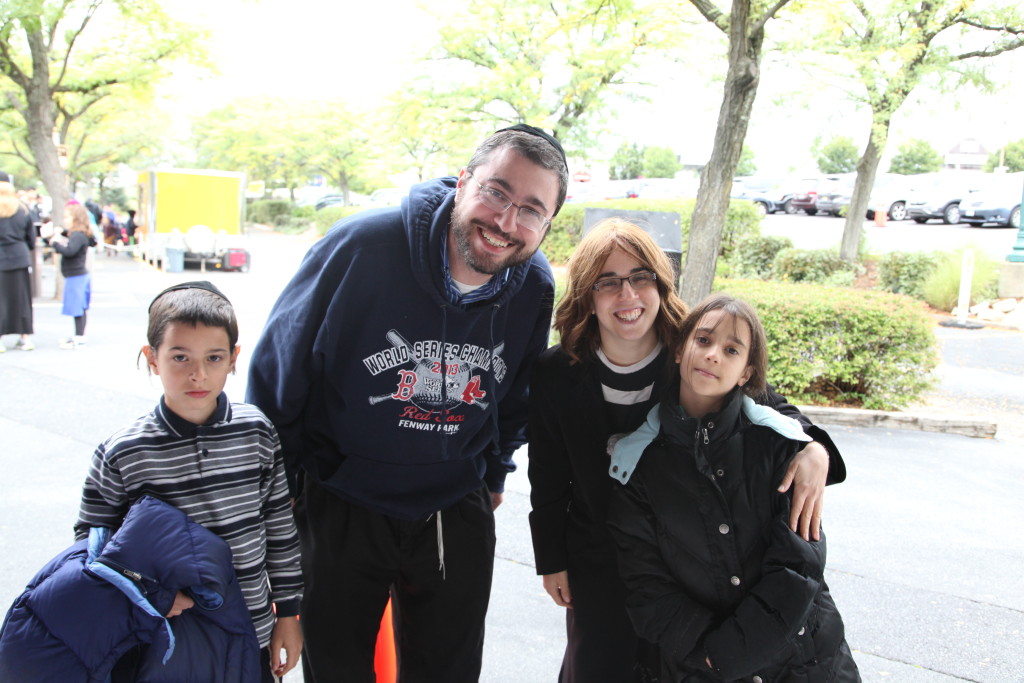 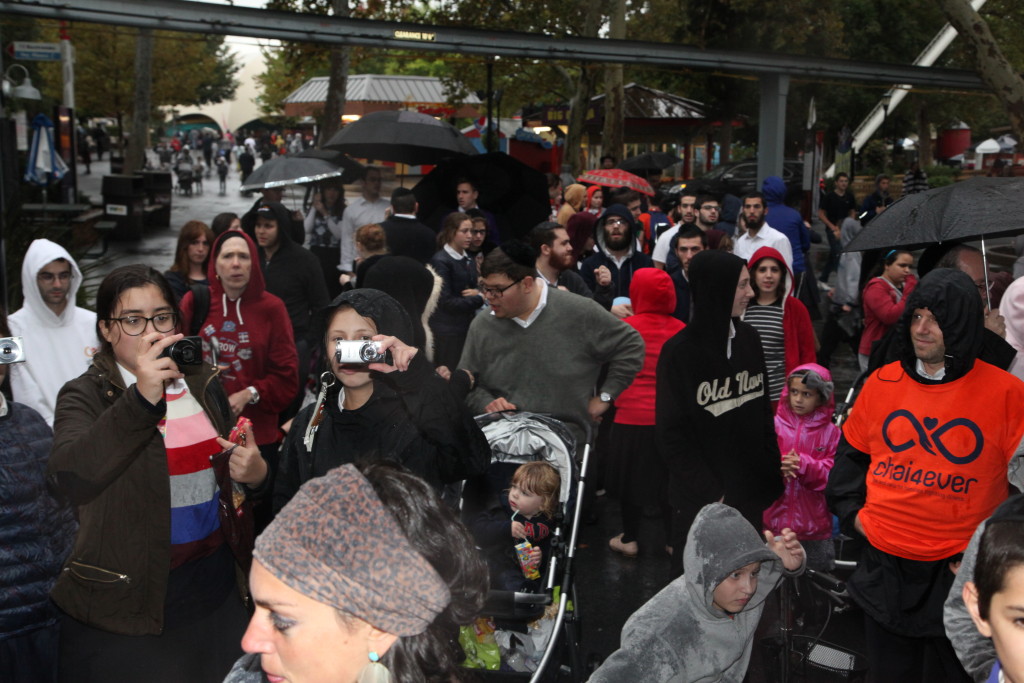 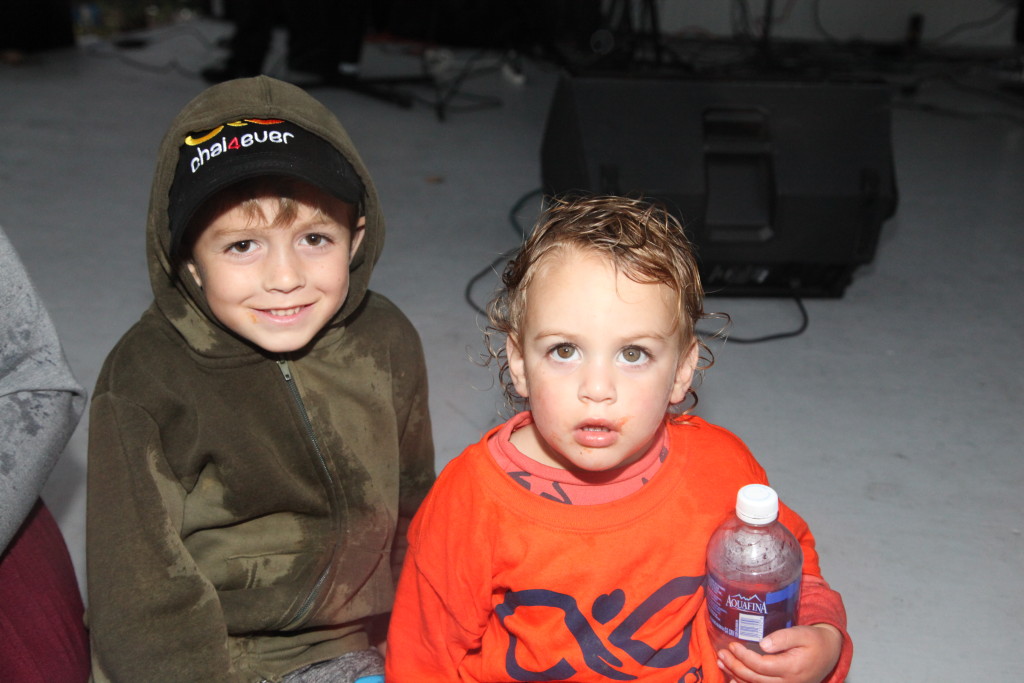 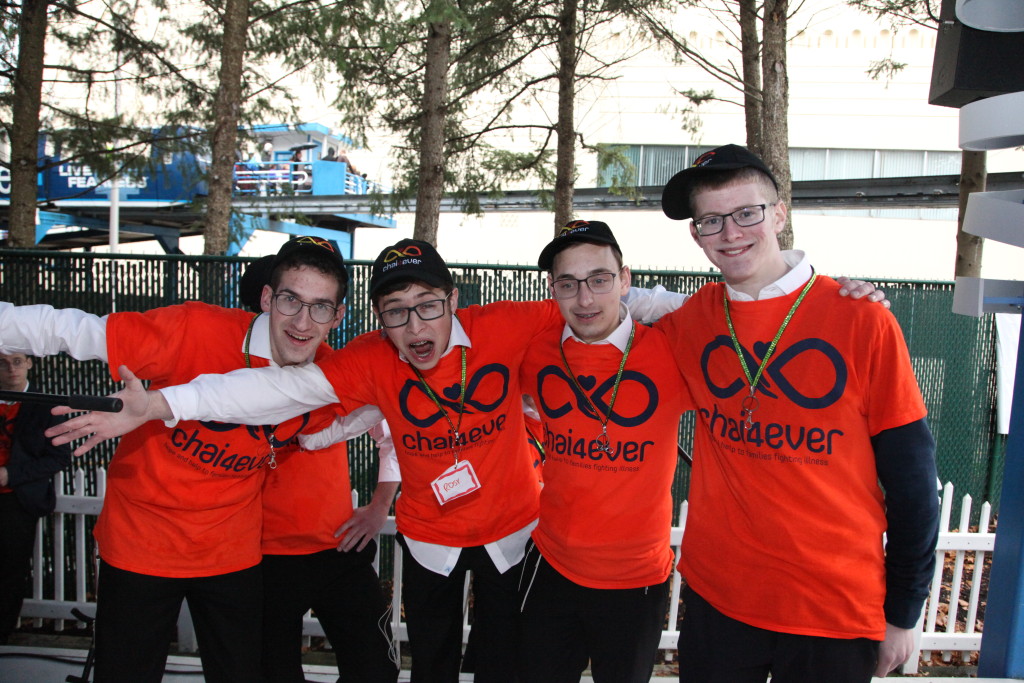 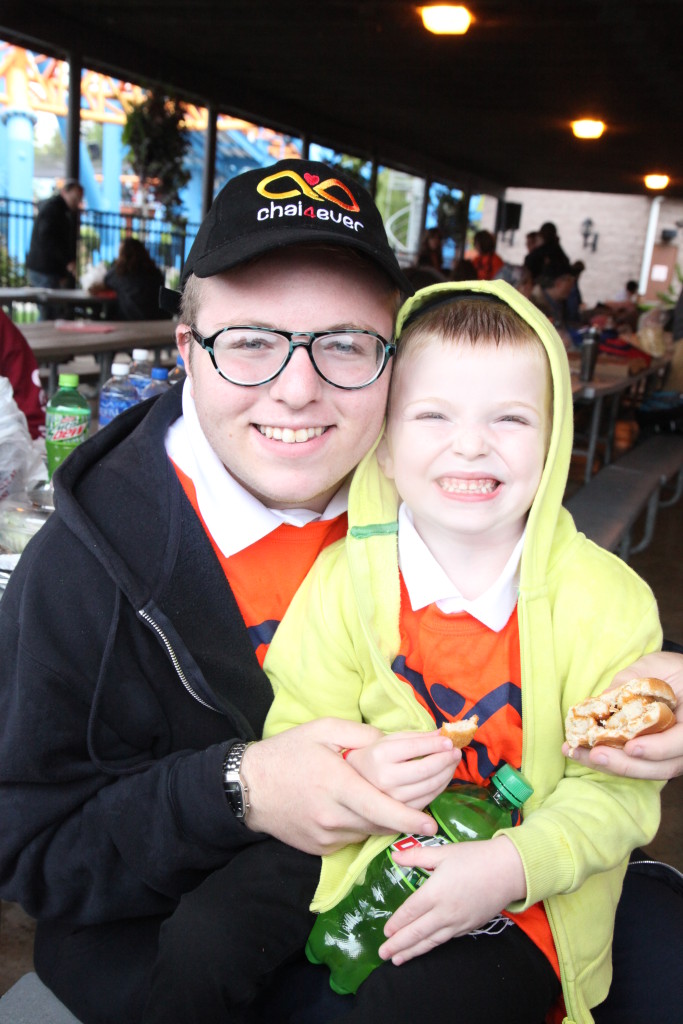 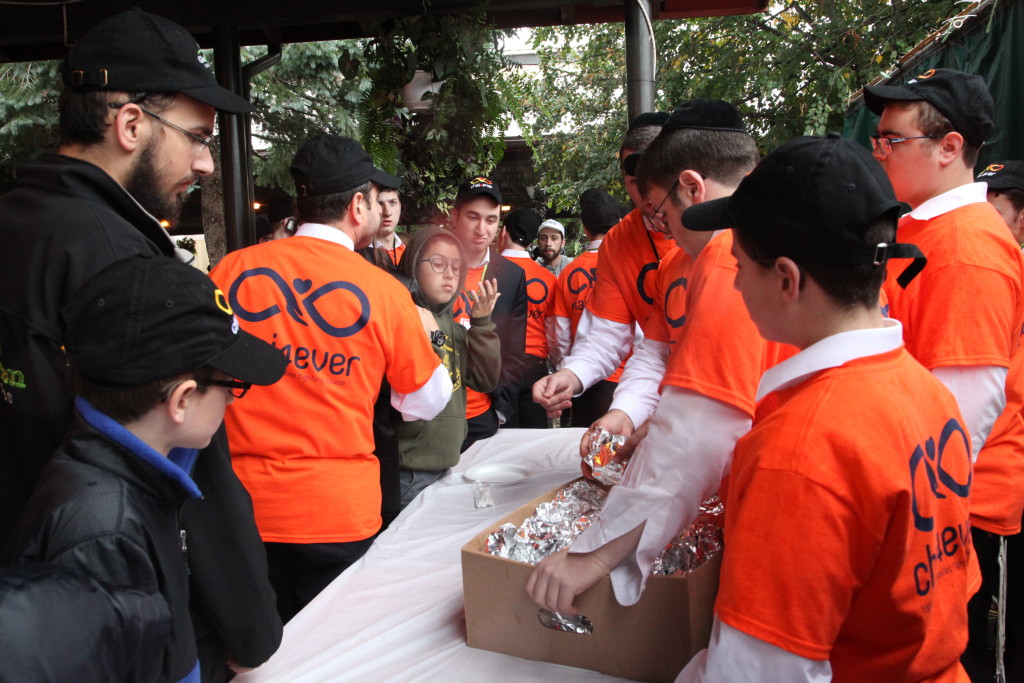 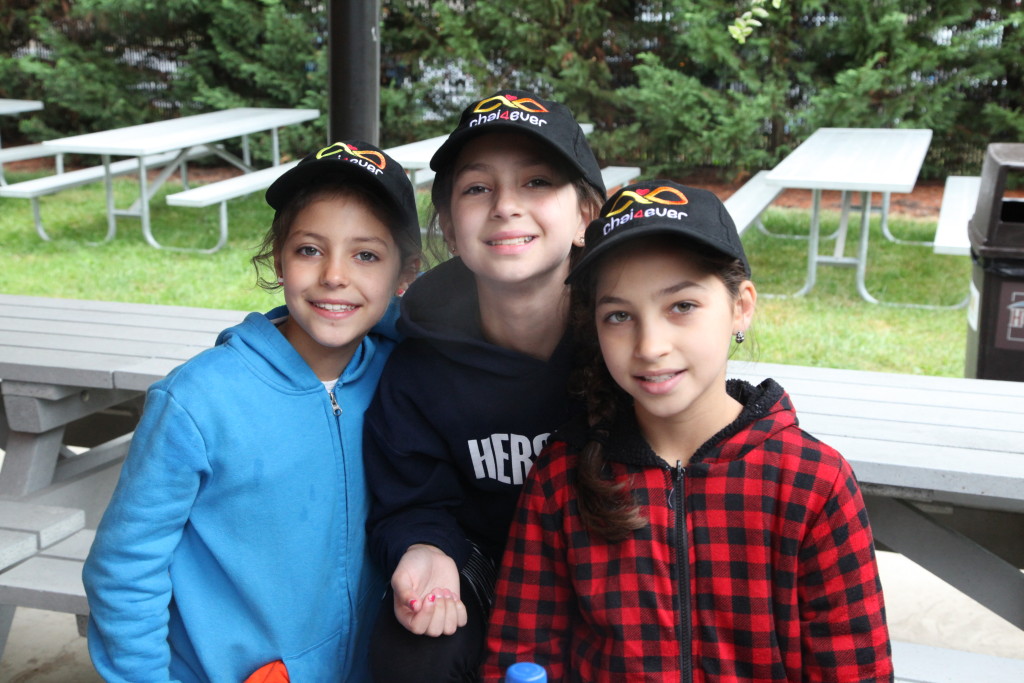 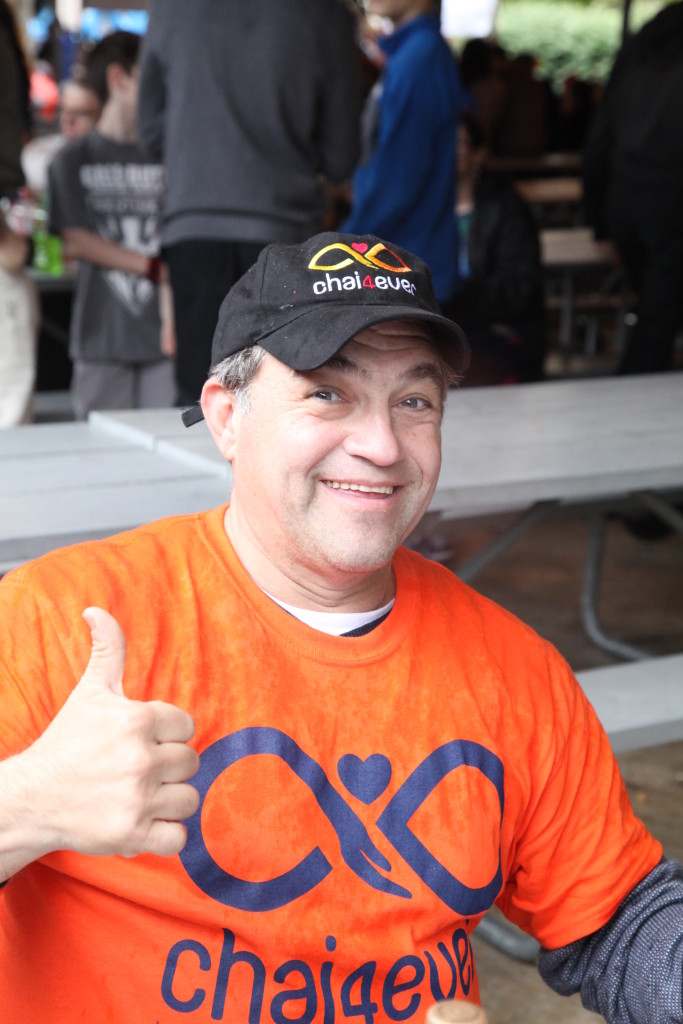 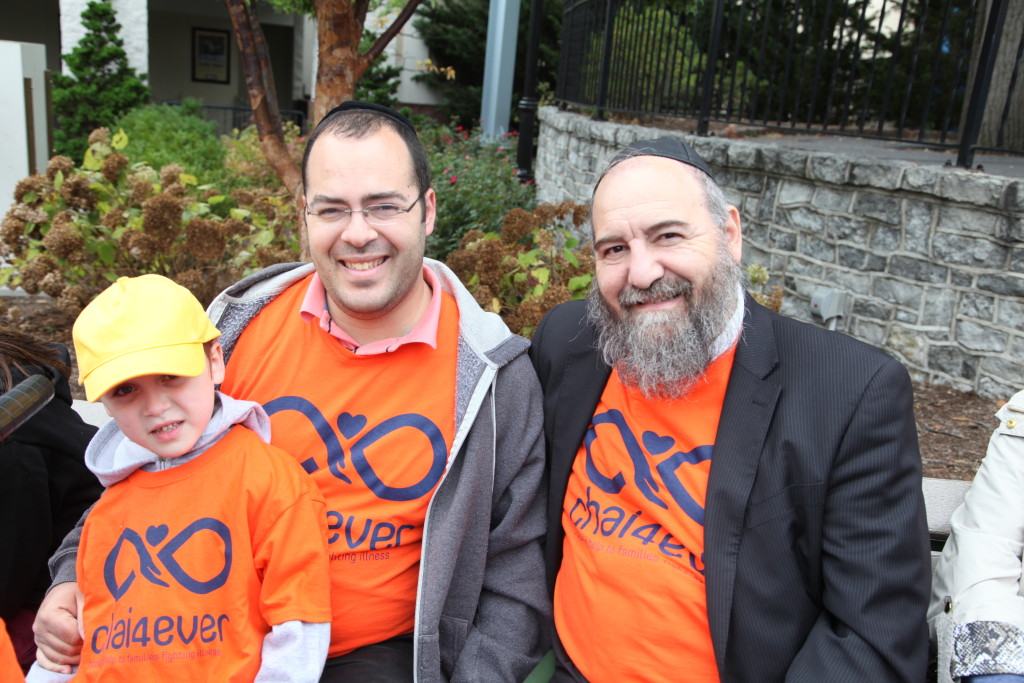 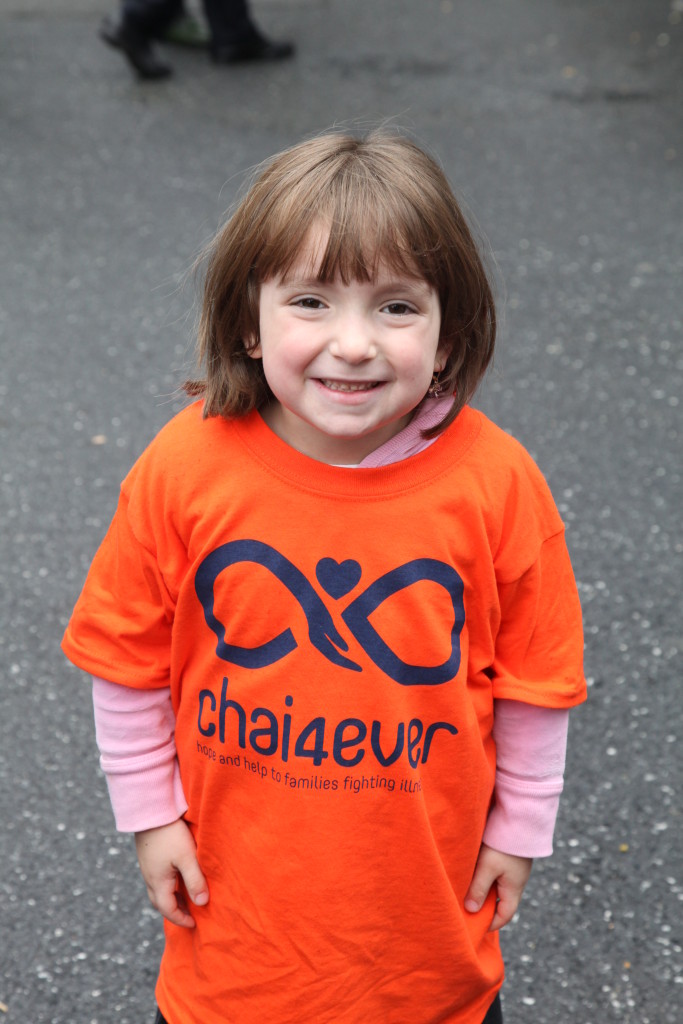 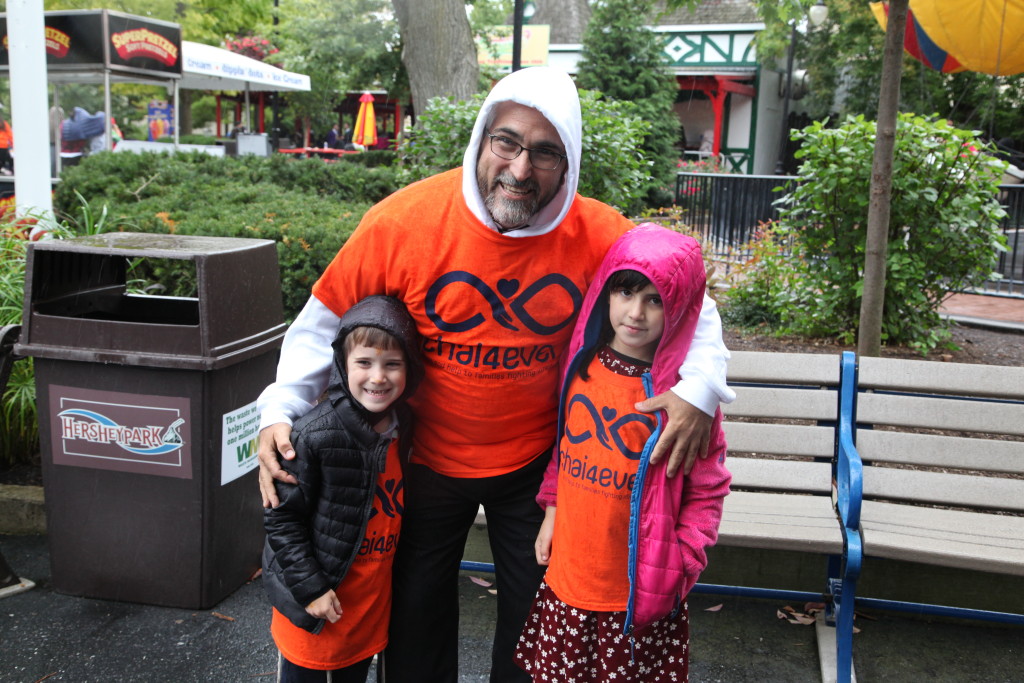 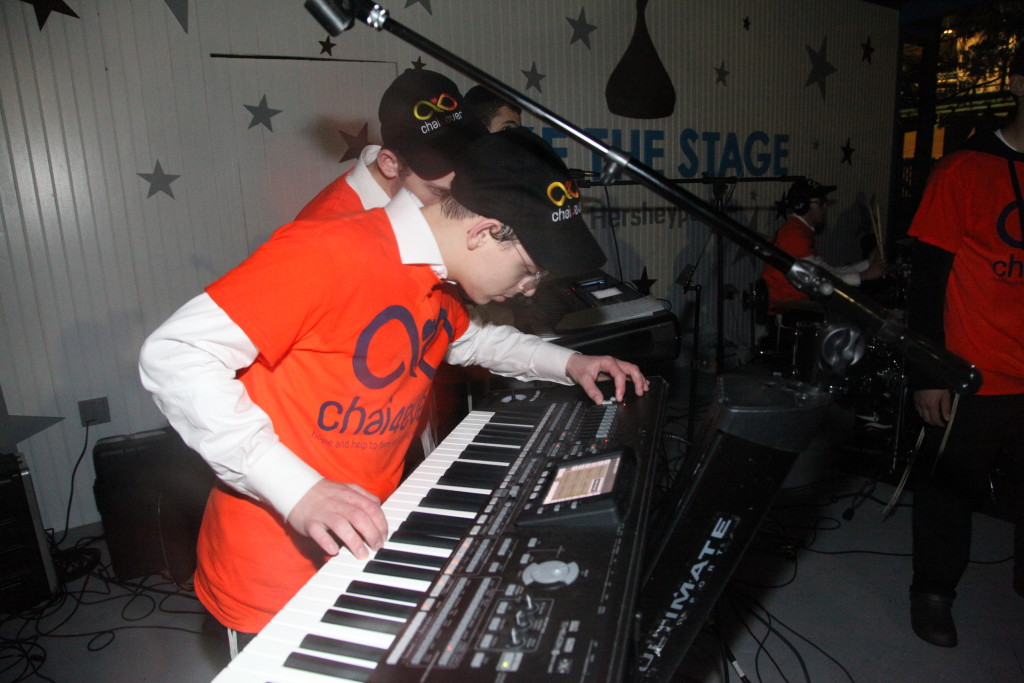 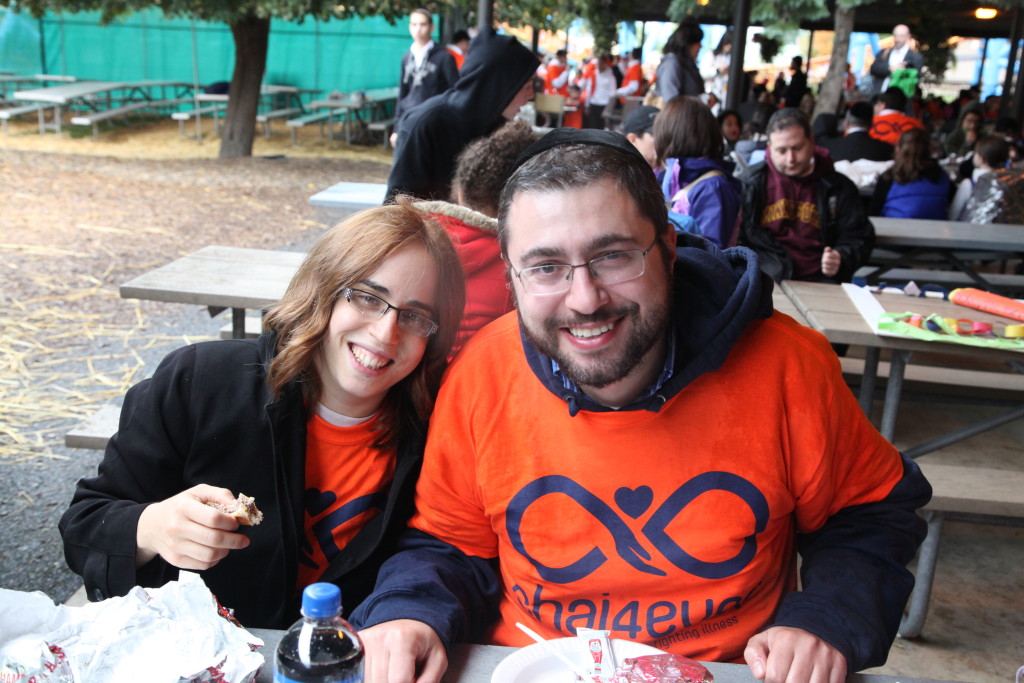 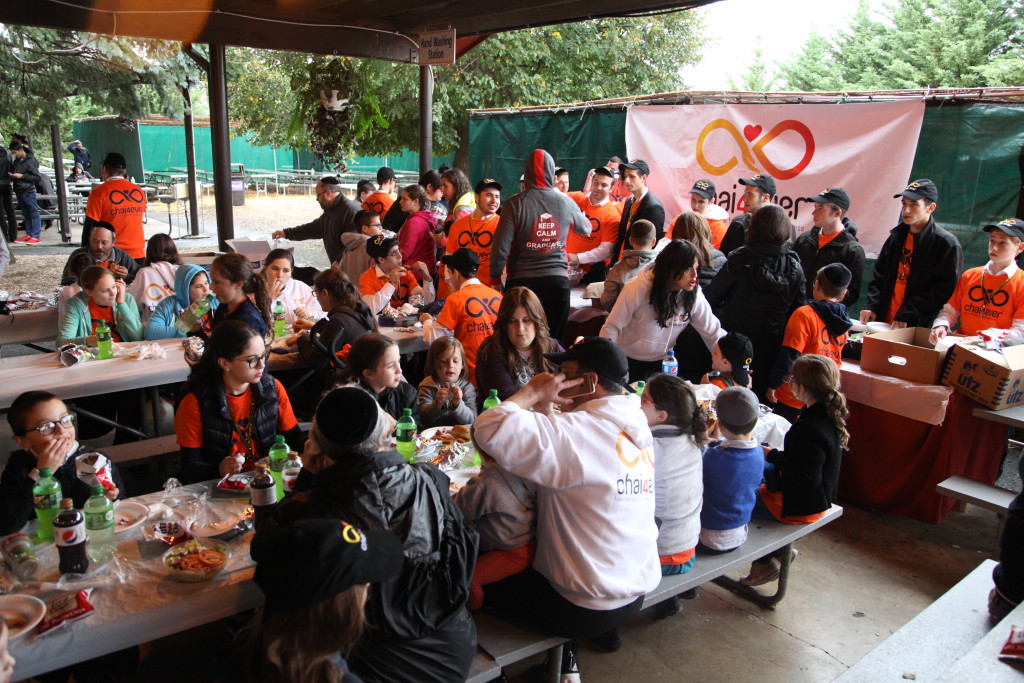 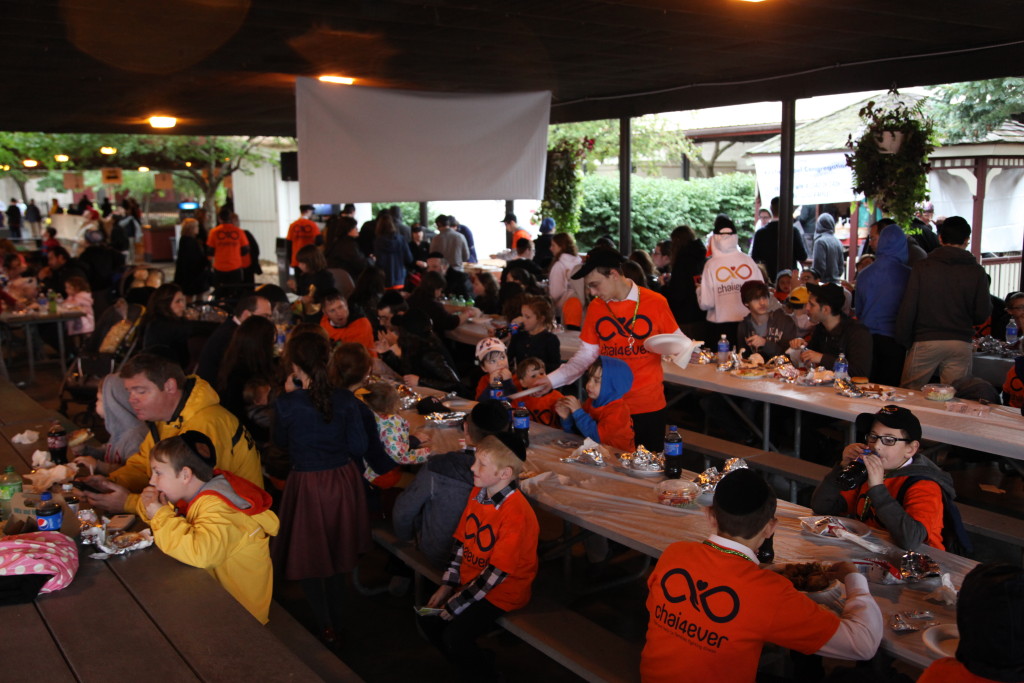 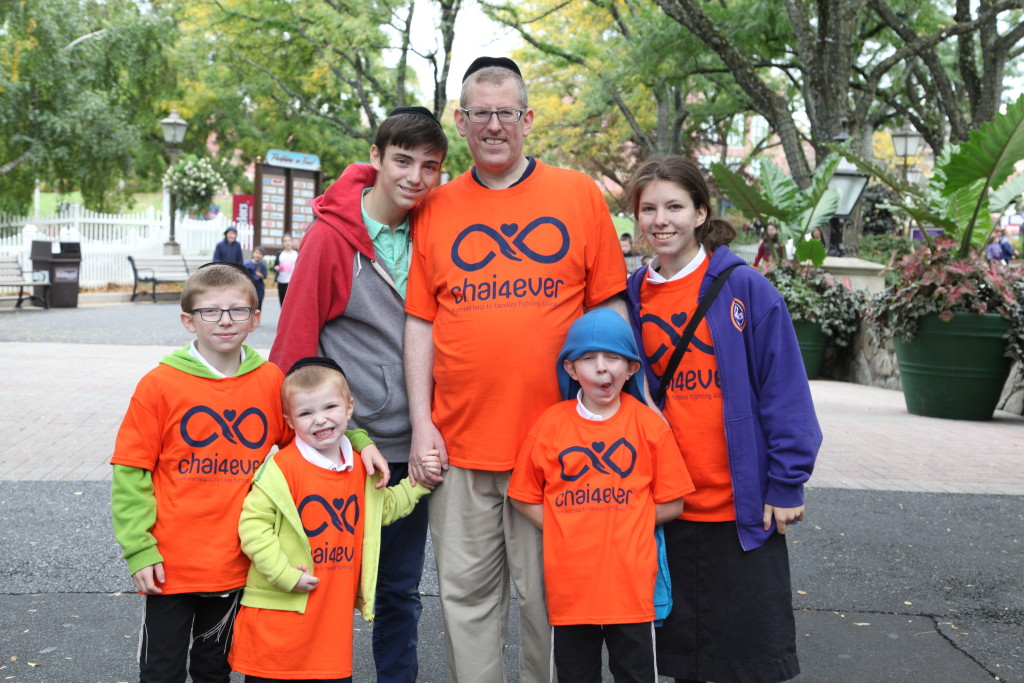 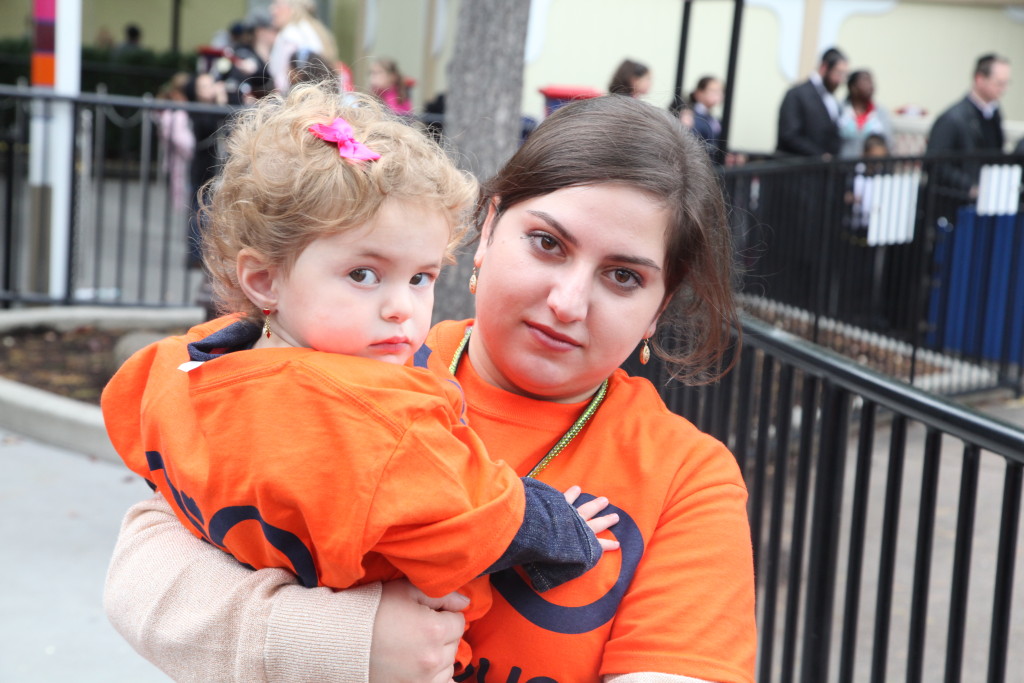 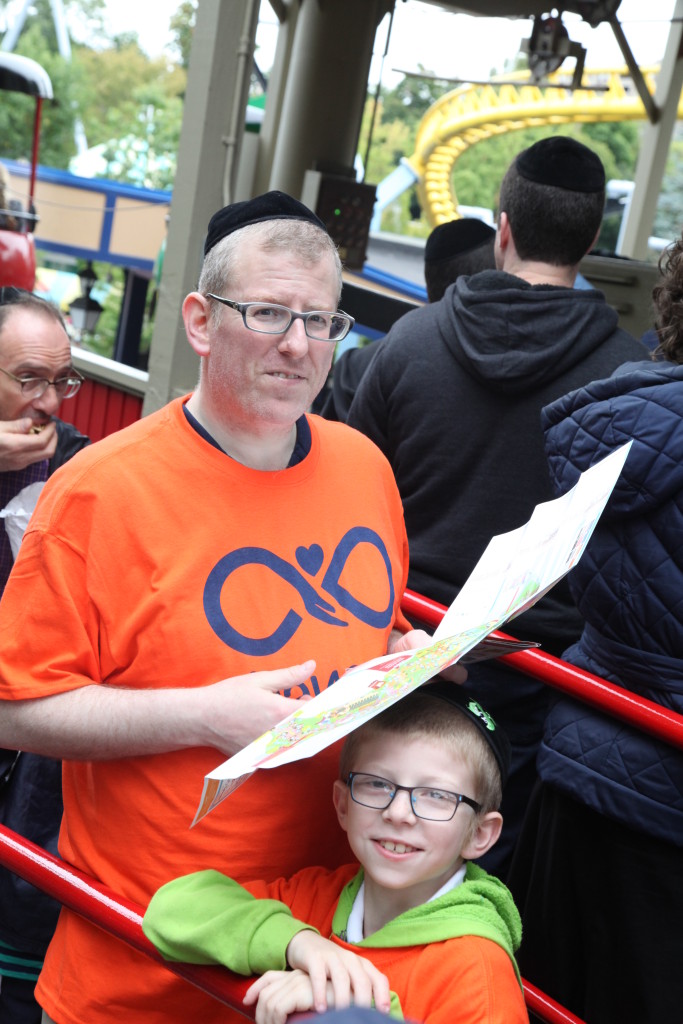 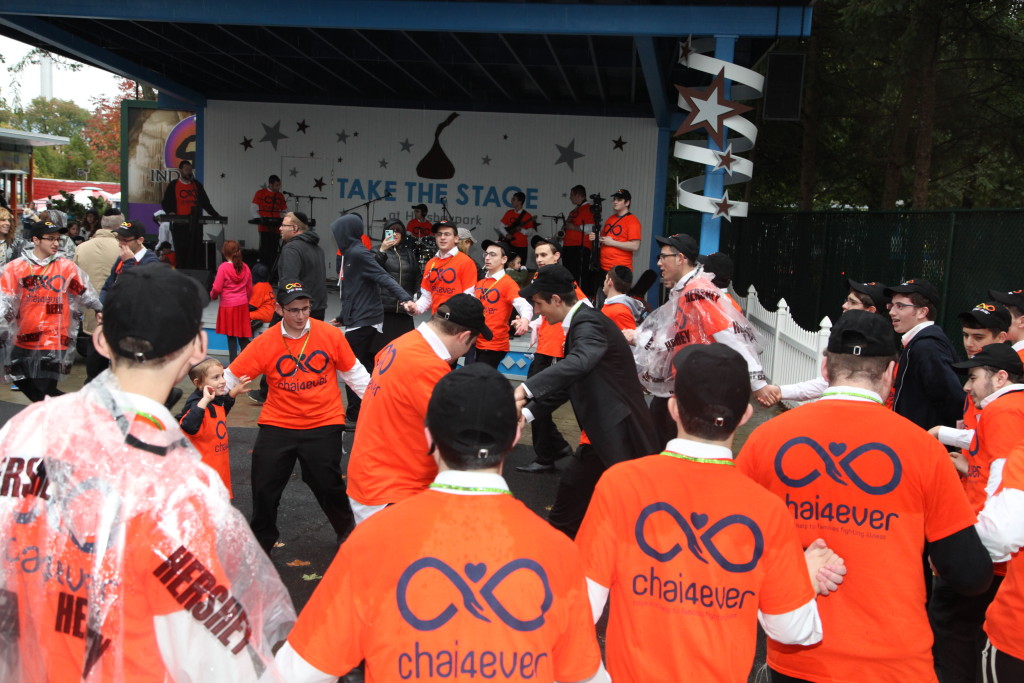 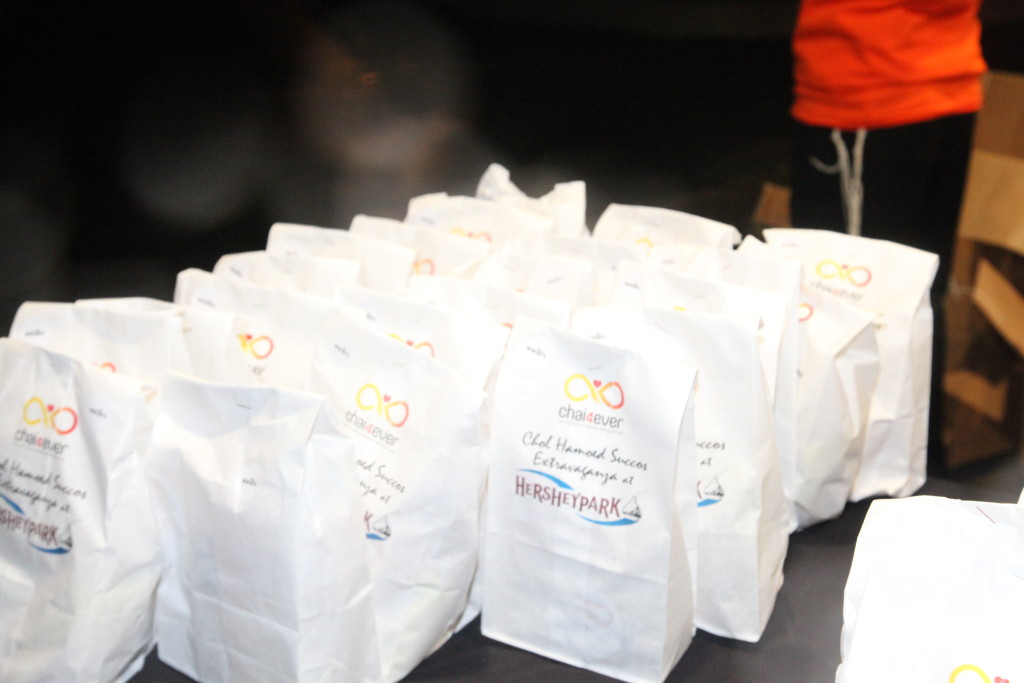 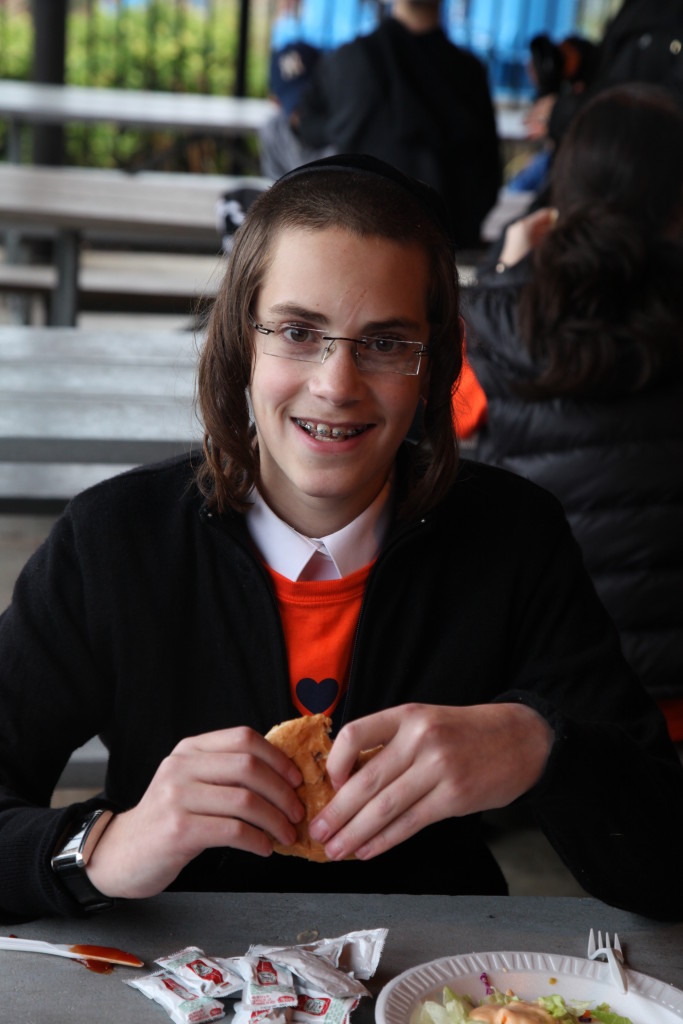 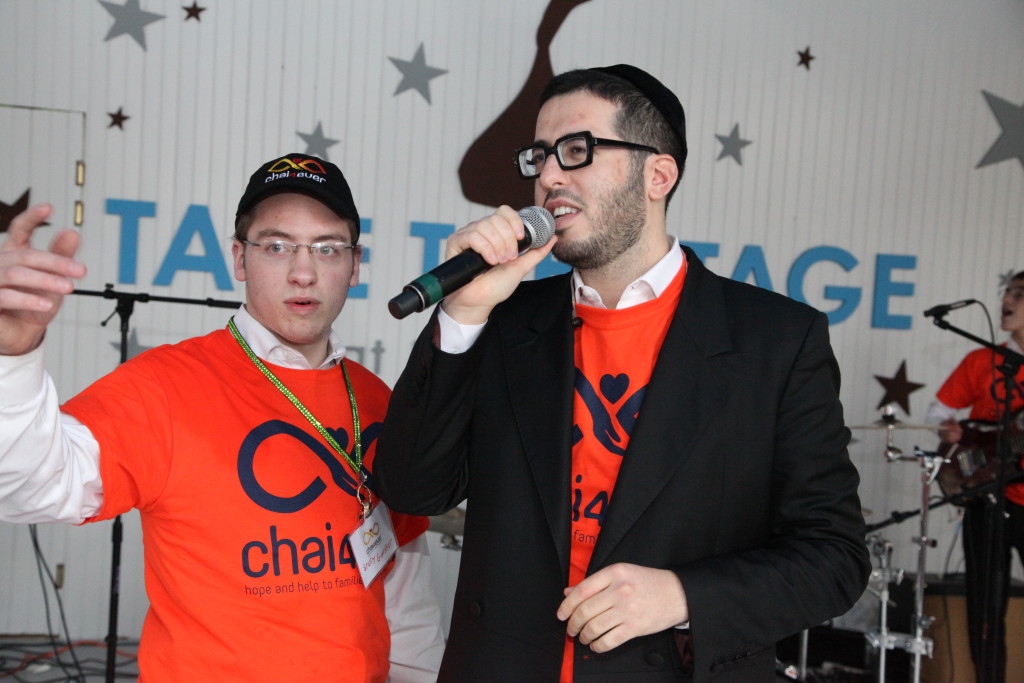 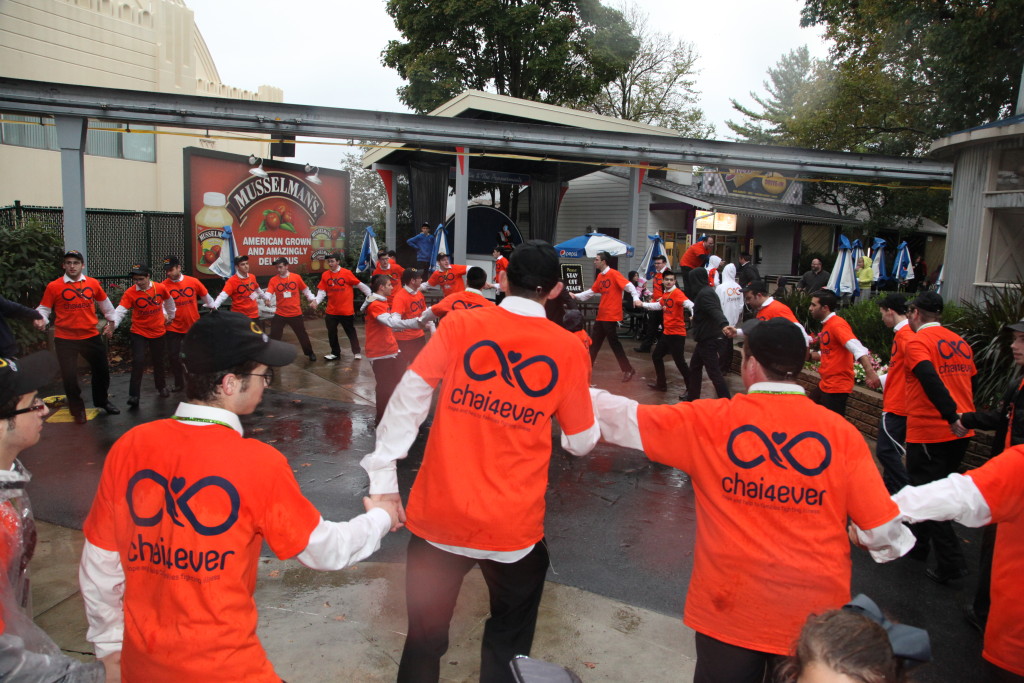 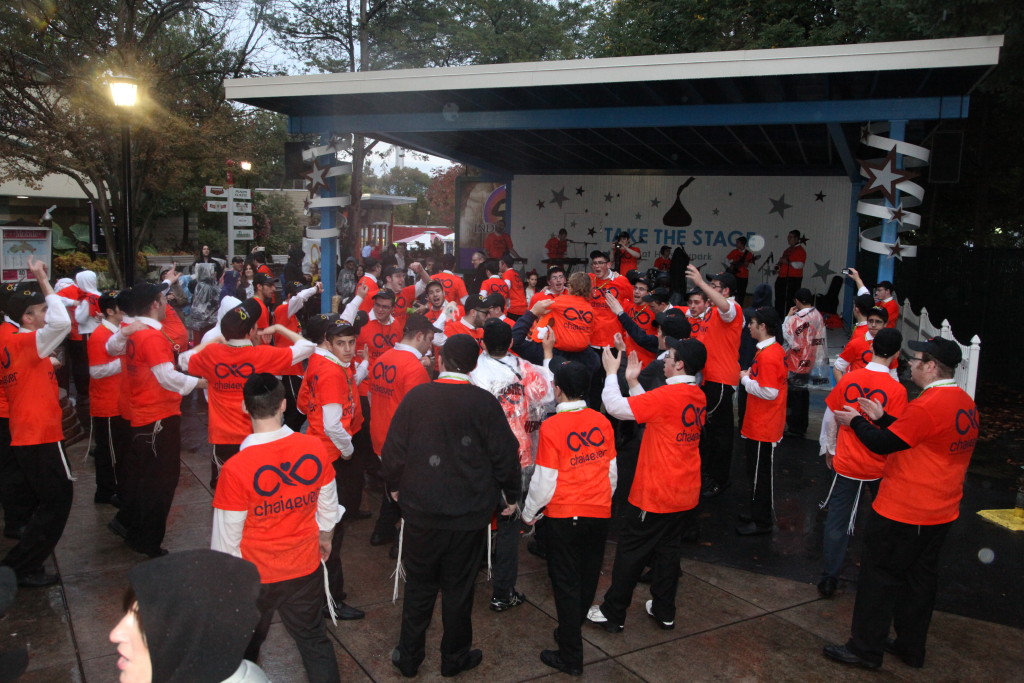 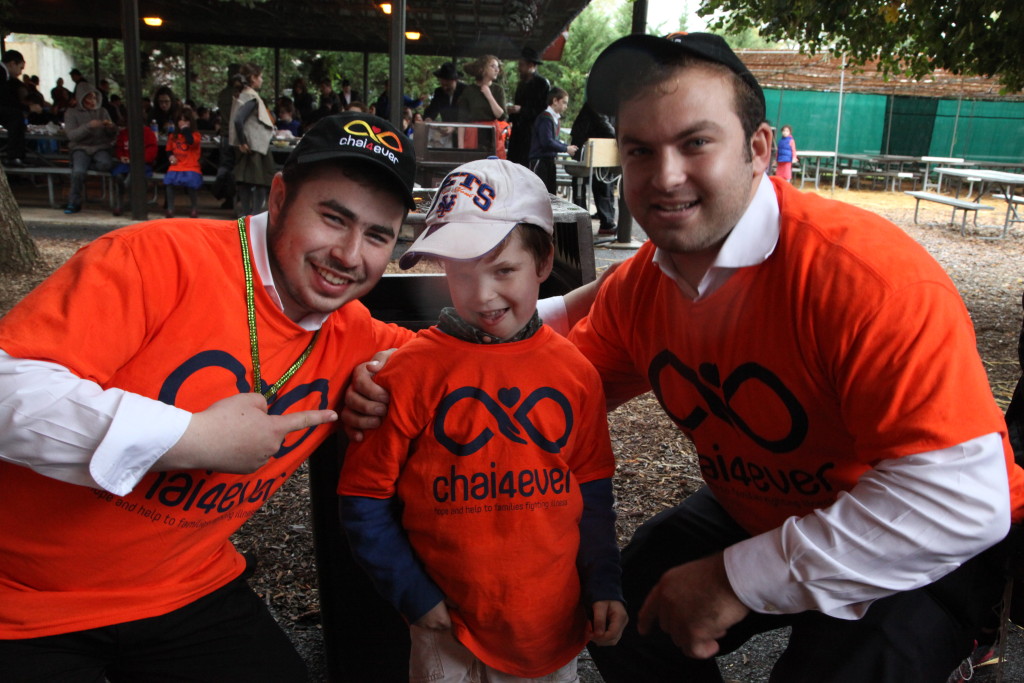 By: chai4ever on April 21st, 2015
Laughter permeated the Richard J. Codey Arena at South Mountain as the Chai4ever Family Day on Monday, April 6th began, with ice skating for children, teenagers, and their parents. From novice to experienced skaters, everyone enjoyed partaking in one last winter pastime, with the knowledge that spring is finally here. The full-day of activities continued just a small “jump” away at the nearby Sky Zone Trampoline Park with every imaginable bouncing activity, including springing in foam pits and on trampolines, trampoline dodgeball and volleyball, and skyslam basketball dunking.  The high energy levels carried through to the more info
Page 1 of 212