In the past couple of weeks, I’ve been hoping for nothing. To some, that might ring pessimistic.  As missiles rain down on my country, air raids sounding off in every city of Israel, each of us prays and hopes that our home won’t be hit. And if my house is hit, God forbid, hopefully it’s nothing…. Hopefully we’ll be in the bomb shelter and only the house will be destroyed. When the Iron Dome takes down a Gazan missile over Tel Aviv, hopefully it’s nothing…. hopefully no one will be hit with shrapnel and injured, or worse.On Thursday, July 3rd, I had my last chemotherapy treatment. Five days later, I began to feel very unwell and I spiked a fever. I called my doctor… hopefully it’s nothing, but I had to go to the emergency room. My head began to pound with an excruciating headache and blood work showed my platelet counts were falling at a drastic rate. I needed a head CT scan, to check for a brain bleed, my second one since June 19th, when I had similar symptoms. Of course, once again, hopefully it’s nothing…. and it was, no bleed! Thankfully!I spent 5 nights in an isolation room, on the oncology ward, at Shaare Zedek Medical Center… hoping for nothing. Really, I was hoping my platelet count would go up along with my white blood cells, and hemoglobin, and electrolytes. I was praying to NOT need a blood transfusion.  I received a platelet transfusion, some Neupogen shots, IV antibiotics, and lots of electrolyte infusions. I became well enough and I went home. Something really bothered me about my release letter because in the summary, at the bottom on the page, it said something about a little lesion, in my brain. Apparently the little lesion, in my brain, was confirmed on the June 19 CT as well. Hopefully it’s nothing. It wasn’t there in May or March so obviously I’m worried.How does one stop worrying at every single bump and twist along their journey? The first time the air raid sirens blasted in my city and we ran for the bomb shelter, I freaked out. It was unexpected. My heart pounded in my chest as I escorted my beloved young children, one by one, down to the bomb shelter. My breath was heavy, and I was scared. The second time, I was in the hospital, and all I could think of were my children, at home… were they okay? Would their babysitter get them to the bomb shelter safely? By the third air raid siren, I took my time to find my beret and put on my shoes before walking calmly to the protected space. My heart didn’t race and I merely hoped it was nothing, I prayed no one would get hurt, that people would make it into the bomb shelters safely. Shortly after arriving home, from the hospital, the air raid sirens rang, and my whole family calmly walked downstairs, into our bomb shelter, I tried to make up a silly song about marching into the shelter. The kids bounced down the stairs. We took some smiley photos. We waited to feel the vibrations of the explosions, we listened for the “booms.” I am not scared as long as I have my entire family around me, safely in the shelter. How does living through a war become so routine? It does, because we adapt. We have faith.As the Iron Dome continues to take down hundreds of missiles coming our way, from Gaza, I look to the sky and imagine God’s Great Hands shielding us from the blasts and the shrapnel. Every time, it’s a miracle that so few people are physically injured. We are living through an unimaginable situation of rockets and missiles repeatedly falling from the sky, and we’ve managed to continue living around it. Okay, so we won’t go to the beach because that would be crazy…. no bomb shelters at the beach! So we’ll stay home and create an art project or bake or read a book. Thankfully, the army, the airforce, and of course, God, is taking care of us.So, later I will have an MRI of my brain. I can only imagine what could cause the appearance of a lesion, in my brain, on the CT, twice. Hopefully it’s nothing… but if it’s something… surely I’ll find a way to deal with that bomb too. 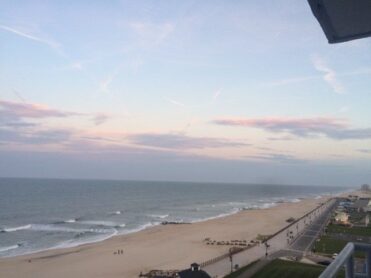